Hello all! I have been honored with 7 more awards!! It really made my day, and I wanted to pass them along as well. 🙂

First off, I want to thank the two people who nominated me – Emily Guido and David Lee Summers. They are both fantastic writers, and I always look forward to their posts. 🙂

Emily Guido posts excerpts of her Light-Bearer Series, an awesome paranormal romance trilogy she’s been working on. Right now, she’s posting from book 2 – Ransom. Her characters are awesome, and their stories are so touching – it’s really a joy to read.

David Lee Summers has a couple great blogs that I follow. On the first one, he focuses mainly on his Scarlet Order Vampires – an awesome vampire series! And his second blog that I follow is his Web Journal, where he posts about his other novels in the sci-fi/fantasy and steampunk genres. His characters and stories are always compelling, and I love them.

Here are the rules of the awards:

3) Thank the person who nominated you!

I’m going to change it up a tad, just for fun. David decided to go with 7 nominations, and I’ve done that as well. I’m also going to give each award out individually.

1) I’m not a jewelry girl. Or a makeup girl. Not a clothes girl. Or a shoes girl. Or even a purse girl. Nope – I’m all about media. Giving me a movie, cd, book, or video game is the best gift you could ever give me, and you will have secured my undying loyalty.

2) I take Aikido lessons every Monday and Wednesday, unless I have something going on with the family. I love, love, love this class and all the people in it. Aikido is a Japanese martial art – the dojo I go to teaches Tomiki style Aikido. I really think it’s a beautiful style of martial arts – admittedly, I’m a bit biased though. 🙂 It’s all about flow, and accepting the other person’s energy and using it against them. So EPIC!

3) Secondary to media, the way to my heart is food. I love food of all kinds. It is extremely rare that I find a food I will not eat. And I’m definitely an appetizer+entree+desert type of girl. If I’m gonna go out, I’m gonna enjoy it! 🙂 Nothing is better than trying new foods with friends.

4) My day job is as a Licensed Massage Therapist, and I love it. 🙂 I love working with people, and doing something in the medical profession that does not involve needles. I do a lot of work with carpal tunnel, migraines, plantar fasciitis, frozen shoulder/rotator cuff injuries, general relaxation, sciatica, and also do some cranio-sacral (energy work). I stick to light to firm pressure mainly, but I always have an elbow ready if you need it. 🙂

5) I’ve been trying to learn Japanese with my husband. It’s slow going, but I have Rosetta Stone, and I’m making a little progress. I know a handful of words, but not much that can be strung into an understandable sentence yet, lol. But I’m working on it. One thing that’s helped me a lot, since I love music anyway, is to listen to Japanese music.

I love these bands. 🙂 Woot! And I just found a clip of a new single from Buck-Tick!! – Miss Take

Eventually, I’d like to learn more languages. I’m thinking the next one will be Polish. My grandpa’s Polish, and I’ve heard him speak it on rare occasions – I’d love to try having a conversation with him in that language. 🙂 I’m going to have to find some Polish music.

6) I’ve been on a few ghost hunts. A friend of mine does it with her husband, and invited me along. It was so cool! 🙂 Creep-tastic, but very, very cool. Lol, I had no trouble staying wide awake – the tour guides always set you up with the scariest stories.

For example, we went to this old building that used to be a hospital (CrEePy, cReEpY, CREEPY!). The guide took us into the basement (of course a basement – *shudder*) and into a windowless back room at the end of a long winding hallway. It was pitch black, except for the narrow beams of our flashlights.

“And in this room…” The guide directs his beam to a freakish, children-of-the-corn-looking, three foot tall, doll leaning against the back wall, in the corner. Her hair is matted, her dress is torn and dirty, and one of her eyes doesn’t roll all the way open. “There have been two ghosts reported. One is a little girl, which is why we have the doll. Every once in a while the doll will disappear and end up in the little girl’s room on the fourth floor of the east wing.”

(Why, why, why do these places always have ‘wings?’)

“Now the other ghost,” And of course he looks directly at me when he says this. “Likes to pick on women.” His gaze flickers to a spot over my shoulder, and I resist the urge to look behind me as I feel a cold sensation the back of my neck. “He likes to pull hair.” Of course, I’m one of two women in the room, and my hair is the longest. Of-freaking-course. “There have also been reports of women hearing a growl in their ear when they’re in this room.”

And we won’t talk about the nurse in the attic (ThE fReAkInG ATTIC!!), behind a set of double doors that lock from the *outside,* that would torture her patients… and when you walk down the hall sometimes people would feel pinpricks on the backs of their calves… which is one of the ways she tormented her victims…. *shiver, huddles in a blanket*

Heh, and the moral of the story – *throws large quantities of salt over shoulder from the arguable safety of blanket cocoon* – I could have summed this all up by saying I am superstitious. 🙂

Alrighty, lets get to some awards shall we? 🙂 Again, this is always a tough choice – there are so many fantastic blogs out there. But here are my 7 this time around.

I would like to give the Sisterhood of the World Bloggers Award to Emily Guido, at lightbearernovelist.

I decided to give this award to Emily because she is always so kind, and always has such encouraging words whenever she visits. And, as I said above, her stories are really great. 🙂

I would like to give the Inspiring Blog Award to Evan Sanders, at The Better Man Project.

This is actually a blog I found recently, but I’ve been reading through his posts and they’re all so uplifting. I really love his blog. He posts on his “journey to becoming a better man.” It truly inspires me. 🙂 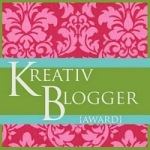 I would like to give the Kreativ Blogger Award to David Lee Summers, at The Scarlet Order Vampires and DLS Web Journal.

I wanted to give him this award because I love the worlds he creates with his writing. His vampires are my favorites right now. 🙂

The Written Word – Mainly his sci-fi/fantasy, poetry, and contemporary writing.

One Knight – He posts a fantasy novel he’s working on here.

The Dark Globe – He writes here with many other awesome writers, photographers, and artists. They post on several different topics, such as photography, writing tips, the NaNo, poetry, movie reviews, game reviews, humor, and inspiration. Always fun to read. 🙂

White Jade – This is the comic he’s been working on.

DarkJade Going Viral – Here, he posts about what is “going viral.”

DarkJade Publishing – This is a site where you can pick up his completed works – Winter, Lust, And Wonder (a book of poetry), and White Jade (the 8 page beginning of his comic).

Lol – and that is exactly why I’d like to give him this award. He has so many blogs, and they’re all interesting, unique, and well done. I have no idea how he keeps up with it all, but he’s a lot of fun to follow, and he’s an excellent writer and a wonderful person. Definitely check him out, and get in on some discussions on the Empire. 🙂 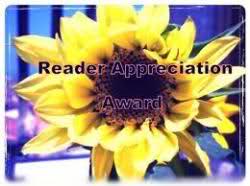 I wanted to give this one to them because they are a truly awesome group of writers, and I love their posts. They have great posts about writing on their site, and they have 100 word movie reviews as well, which are fun – especially since I love movies. 🙂  Very cool.

I would like to give the Sunshine Award to Yawatta, at yawattahosby.

I’d like to give this award to her because she always seems to have a positive outlook, and her blog always feels so cheerful to me. 🙂 I have a lot of fun with her writing prompts, and she also posts some great book reviews and writing tips as well.

I would like to give the Beautiful Blogger Award to Kymlee, at Kymlee: The Hopeful Philanthropist and Dark’s Media Empire.

I’d like to give this one to her because I absolutely love her music. She has an amazing voice! 🙂 I also love her rageisms and her critical thinking segments, which she posts on both blogs. Very cool! 🙂