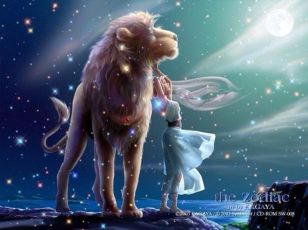 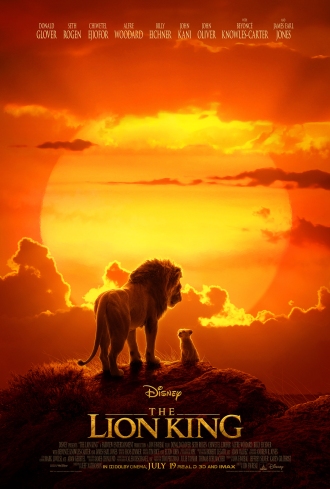 “After the murder of his father, a young lion prince flees his kingdom only to learn the true meaning of responsibility and bravery.”

Donald Glover (adult Simba) – I’ve also always loved the way Simba grew. He ran away from the horrible thing that happened to him, but with a little push from his friends, he remembered who he was and he faced it in the end.

Beyonce Knowles-Carter (adult Nala) – Like Simba, she grew to be stronger in her own way. She knew it would mean risking her life, but she went out to search for help anyway.

James Earl Jones (Mufasa) – The wise and fair king. Lol, I still totally cried when he died in the reboot. I’m a total marshmallow and I know it.

Alfre Woodard (Sarabi) – Mufasa’s queen, and one seriously tough lady. She didn’t back down from Scar, no matter how ugly things got.

John Kani (Rafiki) – The crazy and wise shaman kinda character? Lol, he still cracks me up and I love him.

John Oliver (Zazu) – The long-suffering aid to the king. Lol, the poor guy is constantly getting pranked by Simba. He’s probably the most formal out of the characters, but he’s endearing.

Seth Rogen (Pumbaa) – An easygoing warthog who tends to go with the flow. He becomes a close friend of Simba.

Billy Eichner (Timon) – Another easygoing character who befriends Simba when he needs support the most.

Chiwetel Ejiofor (Scar) – Our main villain for this movie! I feel like this rendition of him didn’t quite do him justice, but he was still a good villain.

Florence Kasumba (Shenzi) – Leader of the hyenas in this version of the story. She’s a little wiser here than she was in the cartoon.

Eric Andre (Azizi) – Another of Shenzi’s henchmen. Apparently he likes to snuggle, lol. I know he’s a bad guy and all, but this made him oddly endearing. Probably because one of my in-law’s dogs (around 45 pounds, btw) likes to drape herself over my shoulders like a puppy scarf if I’m on the couch and it kinda reminds me of her. ❤ 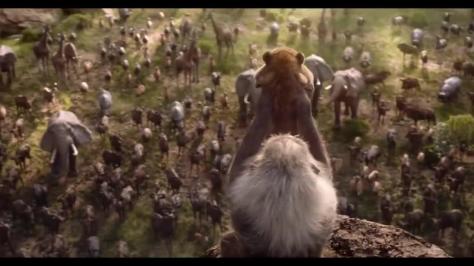 Okay, wait. Just hear me out.

I’ve been putting off reviewing any of the new Disney reboots until I could collect my thoughts and figure out just what exactly my boggle is. 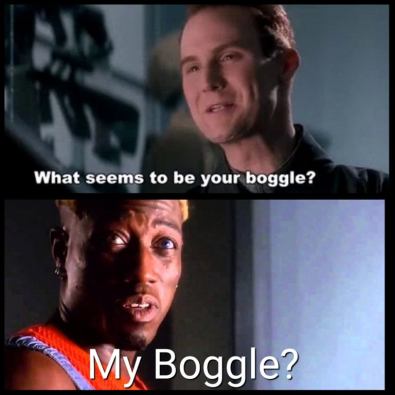 Something has felt off with these reboots, but I just wasn’t able to put my finger on it. I’ve pondered this, and here’s what I’ve come up with after seeing the reboots for Cinderella, Beauty and the Beast, Aladdin, and The Lion King:

Disney… Please pick one of the following options ~

Pick. ONE. And then fully commit either way, please.

To be fair, it’s impossible for Disney to make everyone happy. I believe they’re trying, but the way they’re going about it leaves it lacking for me. Am I the only one? What say you?

I get that they’re modernizing the tales in a way, and that’s totally fine. But it’s kind of disappointing for me, personally. That’s not to say I don’t like these reboots. I do. But I feel like they’d be a whole lot better if Disney went either of the two routes I mentioned.

Right now, they feel safe and watered down. Not bad. But not great either. Just… alright. I mean, I’m going to buy all of them. But I’m a hell of a lot more excited about seeing Maleficent: Mistress of Evil than I am Mulan or The Little Mermaid.

From that standpoint, let’s talk about The Lion King (2019)!

It was the beloved story I remember from when I was a kid, with a few tweaked scenes and a little different music selection in places.

Really, the changes to the story from the original to this one were very minor. But they were kind of “meh” for me.

The CG was amazing though! Loved everything about it! ❤

Everything was so smooth and realistic. This didn’t lend itself to facial expressions for the animals like it did in the cartoons, but still. It was fantastic! Impressive and beautifully done! 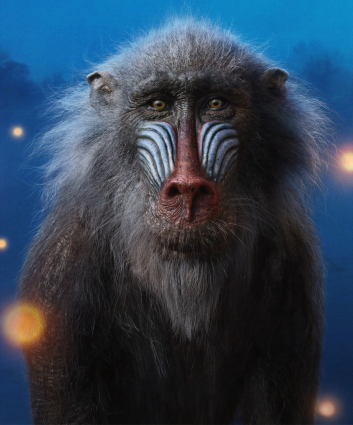 Sometimes the music was hit or miss for me because I was expecting the song lyrics to be the same. They changed a few lyrics here and there, and also slipped in some unfamiliar scores. The music was definitely stronger in the original. Lol, but I am admittedly extremely biased on this point.

I’m trying sooooo hard not to compare it to the original, but I can’t help it.

They also screwed up Scar’s song, Be Prepared! Disney, how could you?!

The way they altered his and the hyena’s interactions made this change to Scar’s song understandable though. In giving the hyenas a leader other than Scar, they watered Scar down. Not the greatest idea, considering he’s supposed to be the main villain.

Sure, he was still ruled by his ambition and bitterness. But Scar 2019 came off as more pathetic than scary. An opportunist rather than a mastermind.  Unfortunately, they even kind of made him look a little wimpy compared to Mufasa and Simba. 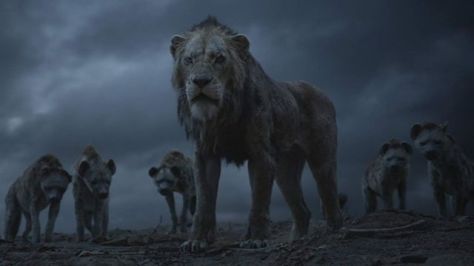 I still loved the story as a whole though. Especially the different relationships between the characters.

Simba with Timon and Pumbaa was fun, as always. Their friendship and support of each other was touching.

And I also love Timon and Pumbaa’s attitudes. Part of the whole hakuna matata thing is letting things roll right off their shoulders. 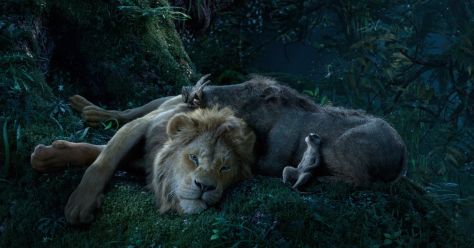 And then we have Simba’s adorable relationship with Nala too.

Besties turned something more when they reunited as adults. This was very sweet, and it’s always one of my favorite things to see the way Nala pushes Simba. She inspires him to stop running.

Along with Rafiki later on, she is part of what gets him to face his past and do what’s right for his people. 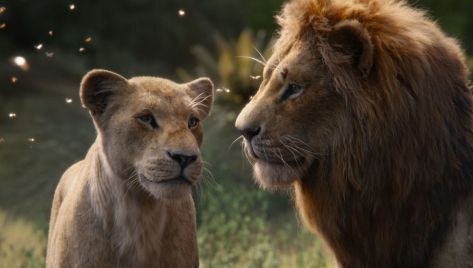 I’m interested to see what they do with the rest of the reboots they have planned. I’m guessing they’re all going to be mostly faithful to the cartoons, but with some minor changes. We’ll see what happens! 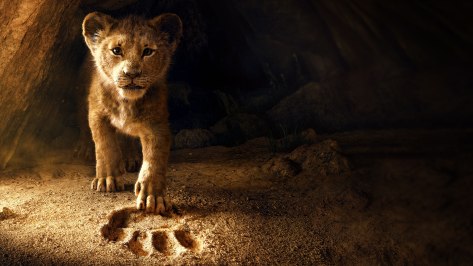 My rating for The Lion King (2019): Cash-Worthy – Over all, I really liked it. I’m a big Disney fan and always will be, so it’s not surprising I liked it, lol. There were a couple things that didn’t work for me, but I still had fun. It left me feeling nostalgic and I want to see the original again now, lol. Check it out if you liked the original Lion King or enjoy Disney movies in general. 😀